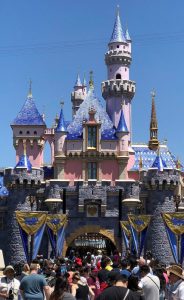 On March 11th, the World Health Organization declared COVID-19 a pandemic. It’s the first time the WHO has called an outbreak a pandemic since the H1N1 “swine flu” in 2009.

In response, the governor of California declared mass gatherings verboten. Sporting events were cancelled, and the Happiest Place on earth shut down.

Additionally, the National College Athletic Association cancelled March Madness. Pro basketball madness would only be a distraction from the greater madness soon to overwhelm us all.

In California there have been 4 deaths and 252 cases reported.