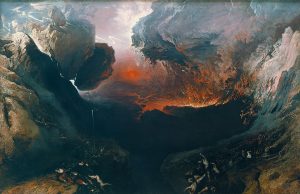 It is always the end of the world these days. Everyone is apoplectic. No one is apologetic. It used to be that the end of the world would come and go like the tide but it’s everywhere these days like a flood. You pick up the newspaper and the headlines scream it at you. You ride the train to work and all the eyes stare blankly into screens. Packed in the elevator the angst is palpable. The sweat of fear and anger. People sigh in relief that the elevator doesn’t crash. In the office people come and go, huddling in the break room, cowering in back offices, the air green with fluorescent glow. Some seem prisoners in the conference room. How long can a meeting last? Everyday the same. Everyday the climax that never comes.

As the end of the world draws closer we are beginning to see strange things happen. Old friendships are suddenly reborn. People make connections never made before. Time and existence begin to converge and so these things become easier. Everything gets closer as it draws toward the center. Soon there will be the rending of the veil and all will be revealed. This is the apocalypse.

Sometimes morning gets there before the end of the world can catch up to you and there is time, time before the headlines blind your eyes to the paradise around you, time without the green-air prison of the office, time indeed for breakfast with friends and colleagues on Sunday at an open-air cafe on Melrose.

I was late to the place so everyone had ordered long before. The whole congregation of them was something, three tables pulled together and a dozen chairs surrounding them in a scattered pattern. Plates of half-finished meals littered the tabletops. Everyone had a cup of coffee, most of them half-empty and probably cold. They sat outside so they could smoke cigarettes and enjoy the fresh air. Also so they could talk loudly without consequence. I slipped in among the table conversation without comment, not wishing to disturb the forced flow of the present conversations. But I was not unnoticed.

“Which is funny because you live the closest.”

“But the early bird gets the worm.”

“Do they serve worms here?”

“Last night was something.”

“What time did you get in?”

“The weather is nice today.”

“Has anyone seen the waitress?”

“Someday I will quit smoking. But not today.”

Everyone has to say something clever. They had been sharpening their wit before by arrival. The last at the table is always the target of gossip and satire.

Somewhere in the overwhelming miasma of flailing conversation the waitress brought fresh coffee. I drank slowly, considering the bold flavor with passive reception. Behind the sunglasses I watched the verbal exchanges like a five-handed ping-pong match.

“Did you talk to her about that thing?”

“That isn’t going to happen.”

“I haven’t told anyone yet.”

“You should get going.”

“I didn’t think there was enough energy behind it.”

“You have to have commitment.”

“Time waits for no fool.”

“Otherwise there’s no reason to commit.”

“You have to take it seriously.”

“Did you see that thing on television?”

“Ninety percent of everything is crap.”

“You shouldn’t take things so seriously.”

Nothing changes. Everything changes. This happened. That happened. Who was sleeping with who this week. Who was doing it last week. Last month. The various opinions of it. Opinions of the opinions. Recriminations. Gossip. Predictions. He said. She said. There was no reason to take note of who said what when or how or even why. Especially why. It was all the same. Nothing different. They were the same. Every day. I was thankful for the lingering effects of marijuana and the exultation of the coffee and the gift of birdsong this morning. Elsewise I’d have to take a butter knife and breakfast fork to the whole sick and sorry lot of them.

The table was suddenly silent. Somewhere in the distance a car horn sounded a long howl.

They were all looking at me.

“What’s up? What’s on your mind? Cat got your tongue?” 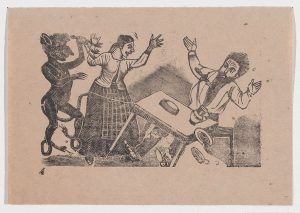 “I was just contemplating how I might dispatch the whole sick and sorry lot of you utilizing nothing more than these simple dining implements.”

The conversation went on around me. Each word like a particle of dust kicked up by an errant wind and sent spinning into oblivion.

Two black SUVs pulled to the curb. Everyone looked. Two men in dark blue suits climbed out of one vehicle. One of the men walked toward to clothing store next door to the café. The other stopped and surveyed the outdoor tables of the café.

“Do we look suspicious?”

“Conspicuous is not suspicious.”

The other man emerged from the clothing store and stood next to the door. He gestured at the vehicles. The doors opened.

“Is that suspicious? Is that conspicuous?”

About a dozen middle-aged women climbed out of the vehicles. They were all dressed similarly: pale pink denim pants and bright pink t-shirts with a picture of Elvis on the front and the name of the wearer on the back.

“This is possibly the weirdest thing I’ve ever seen.”

The women flocked into the store, all of them smiling and some of them laughing with joy.

“I’ve never seen someone so happy to shop.” 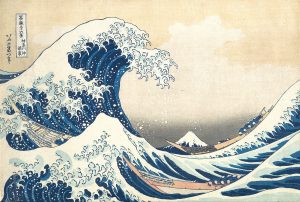 The conversation continued its wane. Nothing happened. They talked until the hour faded and their voices became less interesting even to themselves. I waited until they all drifted away and before long found myself alone. No more swarming insect buzz of aimless conversations hovering about my ears with the background symphony of city noise making it impossible to think or even follow what was being said. I relaxed, slumped in my chair and raised the cup of coffee to my lips and marveled at my sudden fortune. The remains of the day might pass in peace. But for the few people around me and the sound of the occasional car passing, I could be sitting on the side of a mile-high mountain, perched beneath a precarious avalanche and sipping coffee from a thermos, keeping silent to avoid catastrophe.

← Finish the Story
The Happiest Day →