Have you ever sat with your bare skin exposed on naugahyde or vinyl long enough that your skin became adhered to the fabric as if someone had put glue there as a joke? You sit for just a second, and when you stand there a quick swishing sound as your skin peels away from the furniture, and it feels as if you left some of your skin on the chair. A terrible feeling, possibly the worst part of your summer at grandmother’s house.

When I woke up, the Germans had me naked and duct-taped to a naugahyde chair. I must have been there for hours. My skin had become one with the naugahyde. The backs of my naked thighs had permanently exchanged molecules with the chair underneath. I couldn’t feel any separation wherever my skin touched chair. My mouth was dry. My tongue was swollen. I couldn’t speak. Soon I would be a piece of furniture.

I blinked and tried to focus. Everything was blue and mostly shadows. Four vaguely humanoid blobs surrounded me. One would be Wertmueller. Another would be Oscar. 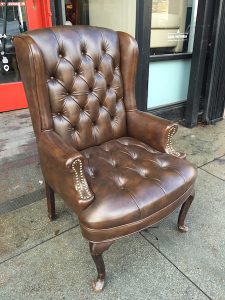 Somebody slapped me. Amateurs. That only works in the movies.

“Stop that.” That was Wertmueller.

“That only works in the movies.” A woman’s voice. The driver.

Who was the fourth?

I tried to talk but it came out raspy and horrible.

“Christ!” the woman exclaimed. “He sounds like he’s dying.”

“Get him some water,” Wertmueller ordered.

I jerked my head toward the sound of his voice and growled.

One of the blobs got close and held something under my nose. I couldn’t smell anything.

“It’s water,” Oscar said. He placed a canteen against my lips and tilted it.

I drank. I couldn’t taste anything either. It didn’t seem they would kidnap me, shoot me up with atropine, and tape me to a chair, all just to poison me. Half the water dribbled out of my mouth and down my naked chest. Enough of it got in to wet my throat and tongue. Enough to talk.

“Fuck you, Warty.” It sounded like the croaked curse of a dying man.

“You are always so profane,” Wertmueller lectured. “You always have been.”

“Fucking kraut,” I spat. I could hear Wertmueller sigh.

“Enough!” the woman shouted. I wondered if maybe she was in charge. But then Wertmueller started in on me.

“Tell me about the stones,” he demanded.

“What did you discover?”

“Nothing you don’t know.”

“How do you know what I know?”

“You’ve got the papers, don’t you? The archive?” 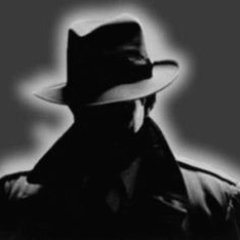 He was silent a moment. He didn’t want to show his hand. Nobody knew who had the archives, the original papers. They had disappeared from a locked safe in the offices of the architect a few years after the designer had died. Most people thought it was the wife who took them, but a search of her belongings after her death showed no sign. Somehow the voluminous record of correspondence between the designer and the architect, the sketches and blueprints, the financial records of the construction, and even the public records of the construction — all of it had disappeared. There were rumors that the widow had sold the entire thing to a collector, and other rumors that she had burned the lot of it. It was difficult for most interested parties to accept the destruction of such an important record, so the preferred belief was that someone held on to them, searching for the secrets within the plans.

“What makes you certain the answer lies within those papers?” The fourth voice. Thick German accent.

I turned toward the voice. “Ah, Mr. X.” I blinked and tried to focus. The unknown blur was wearing a hat — that much I could tell.

“Blind him,” the fourth voice commanded.

The hood was quickly over my head. I exhaled in relief that he didn’t mean something worse.

“The papers,” the voice commanded again.

“I’ve never seen them,” I told him. “The papers. The archive. I’ve never looked through it. Only the inventory.”

There was some whispering, some of it expressive. My guess was they wanted to press further, but couldn’t without revealing that Wertmuller has the archive.

“Was there something about the inventory then?” the fourth voice asked.

I chuckled. “You really don’t know how to do this, do you?”

“Looking for a secret document. They don’t just list it on the inventory, you stupid Hun.”

Somebody punched me. There’s nothing like being punched with a bag over your head.

“It’s what isn’t there,” I explained. “And is accounted for. Or what is there and isn’t accounted for.” I laughed and spit on the floor. “What is it with you goddam Germans? Sixty years now, and you still can’t do shit for yourselves.”

Punched again. My ears rang with it.

Something poked me in the chest. Too solid to be a gun barrel. Not metal at all. A walking stick maybe. The wielder pressed in hard.

“We have checked the inventory and the collection, you drunken Irish hoodlum. Many times. We are not so stupid as you think.”

“You want to get your dick out of my chest, Jerry?”

The cane relented. I shifted as best I could in the chair. “Which inventory?” I asked naively.

“Which inventory?” I repeated. “What’s the matter? You got strudel in your ears?”

“There is only one inventory,” Wertmueller insisted.

“They’re the same,” Wertmueller said. Anyone could hear the doubt in his voice.

“The attorney who handled the estate,” I said. “He had the papers before the widow. He handed them over to her.”

“Where is this inventory?” the fourth voice asked.

“He’s not bluffing,” the woman said.

“And there was only one copy.”

“This is bullshit,” Wertmueller whined.

“Of course.” The fourth voice chuckled. “And of course, you memorized the inventory.”

“Are you kidding? That thing is twenty-three pages.”

“Who are you? Mister Wizard?”

They shook their heads in unison.