Material days were long and hot, but that is summer. Farmers and others who work by sunlight praise the season. It is a vacation from school for children all over America, and so their numbers in public spaces tends to increase during these sordid months. Because of the heat, the tawdry fashion sense that dominates America plunges to an all-time low. People would go out naked if they could, so instead they sport baggy shorts exposing skinny legs, colorful loose shirts that cover a still-noticeable paunch, and sloppy sandals that slap against their sweaty feet when they walk. An already insufferable world becomes adamantly and deliberately intolerable to anyone possessed of the slightest measure of modesty or taste.

One long and otherwise fruitless summer I learned a method of astral travel. My inspiration was taken from Dr. Strange comics and my initial information came from several of the many occult books that could be found quite easily during occult boom of the 1970s. The mysteries of Theosophists, the rituals of Aleister Crowley, the teachings of Ra and many other “occult secrets” of the ages could be purchased in paperback at any bookstore in any shopping mall in America. Before the Satanic Panic, before the New Age, Hippies and mystics conspired with capitalists to profit from information allegedly hidden for centuries. Secrets Humankind Was Not Meant To Know.

Little did I know this talent to travel the astral would come in handy when needing to escape the vagaries and torments of present-day reality. Not to mention the German Rosicrucians who had started stalking me in 1980, not long after the construction of the Georgia Guidestones.

That summer I met an occultist and magician — I’ll call him Mr. Rose, because he was a Rosicrucian and Mason as well as a member of the Golden Dawn. He claimed to have met Crowley, and did have a photo of himself with Regardie and Crowley – he was very young in the photo, and didn’t look happy to be there, but he wouldn’t speak of it in detail. His parents had been devotees of Blavatsky and steeped his education with occultism and esoteric lore. When I met him in the early 1980s he was retired from teaching and remotely associated with the last surviving Golden Dawn temple in the state. We met at the bookstore in the shopping mall where I was perusing occult titles. After convincing me to buy Colin Wilson’s The Occult instead of the Simon Necronomicon, we discussed Crowley and Fortune at the hot dog stand. We met again a month later at the same mall and bookstore. This time he convinced me to buy the I Ching (Wilhelm translation) instead of The Satanic Bible. At the hot dog stand, he gave me a copy of the infamous tome, Spacetime Travel for Beginners.

“Study it and come visit me,” he said. A week later he died.

It took a few attempts to make it work. Soon I was able to have brief “out-of-body” experiences. By high school I was able to maintain the state for several minutes. I spent at least a third of my classroom time drifting in the aether. It was a great way to avoid boring lectures as well as the seeming endless days of summer vacation, when there was nothing to do and no one to do it with. High school was a terrible place to be every day but it didn’t compare to summer, when you had to come up with your own activities or be put to work in the yard by an adult.

As I grew older, summer didn’t get any better. It really is the worst season of the year. Everywhere it’s hotter. People become lethargic. It’s harder to get anything done. You either sit about miserable in air conditioned rooms or you sit about miserable in over-hot rooms. Summer is not a season of in-betweens. People are always escaping to the beach or the mountains or the movies. For me it was mostly the movies. A movie theater is a safe and comforting haven during summer months. Fortunately a number of movies are released every summer, and every summer I would see more than my own share of movies. 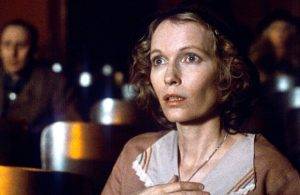 You don’t want to try astral travel while watching a movie in a public theater. That’s a good way not only to be arrested for vagrancy (in spite of their darkness and comfort, sleeping in movie theaters seems strictly prohibited) but to also find yourself lost in the parallel reality of a fictional narrative universe. This happened to me once when I went to a movie theater after consuming a heroic quantity of marijuana, chocolate, and psilocybin. The movie began as the drugs were taking hold. Right away I noticed an intensity of colors and depth of field that gave the impression of a 3D movie. But this movie was in good ole flat 2D. Soon I found myself completely focused on the narrative. Then just as quickly I found myself in the narrative.

As a result of the drugs along with my lifetime of training and practice, I had somehow managed to project myself astrally into the world depicted on film. Because I was an astral entity, I was invisible and unable to affect events as they unfolded. Instead it was like an amusement park ride. I was caught up and dragged along with the plot itself. This was quite a jarring experience at first (there were a lot of jump cuts) but eventually I became accustomed to the flow. Soon I was able to enjoy the story while existing within the story. It was if I was watching a movie from the inside. The effect was not wholly unpleasant, and afterward I found myself wanting to do it again. But I was never able to concoct the proper combination of chemicals and so the experience because irreplicable, remembered now more as a dream than something that actually happened. The experience nonetheless irrevocably altered my perception of reality, and ever since I have walked through life as if it were a dream or a movie.

← The Art Spirit
Finish the Story →