There were two bits of advice Bob Ranger gave his brother Kevin before the latter shipped off to college in California. “Never borrow more than you can repay,” Bob advised. “and stay away from women with dogs.”

The first piece of wisdom was commonplace and straight out of Shakespeare. You had to be familiar with Bob Ranger’s history to understand the relevance and significance of the latter. They are both of course two pieces of advice that most men fail to heed at some point in life. Probably every man has failed to heed one or the other warning. This was certainly the case with Bob Ranger. 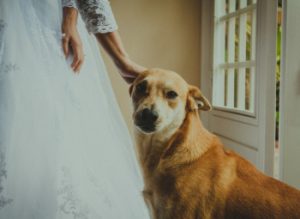 “My ex had a dog when I met her,” Bob Ranger will tell you. “It indicated to me an expression of her instinct to nurture.” The dog at first viewed Bob as a rival for the woman’s affections and developed such a habit of soiling or destroying Bob’s shoes that Bob often left his boots in the car when he stayed over. In due time the dog seemed to grow accustomed and even warm to Bob’s presence. “This turned out to be a ruse of sorts,” Bob will explain. “The dog was merely being clever, playing a long game, and sought to undermine the relationship in a more subtle manner.” Soon after the wedding, the dog began to act wanly, sometimes even appearing morose or depressed. Bob assured his new wife the dog was merely adjusting to their new home. After weeks of increasingly morbid behavior from the dog, the wife began doting on the animal and Bob began to show annoyance. One night in a heated argument Bob insisted the dog was “faking it.” Finally the dog was taken to the veterinarian, who found two tumors in the poor animal’s stomach. The tumors were successfully removed by surgery, which Bob will tell you costs as much as three of his pickup trucks. Divorce quickly followed, surmounting legal debt on top of the medical bills. Bob declared personal bankruptcy and began working two jobs to cover the payment. “it was the dog that led to the debt,” Bob concludes. “So stay away from women with dogs.”

Bob’s advice seems a manifestation of our tendency to see things in a dualistic manner, a kind of linear and binary thinking that tends toward reductionist simplicity and lends itself to the best advice. On or off. Yes or no. Dog or no dog.

One afternoon while walking along Sunset Boulevard, i was stopped by two men in Sufi robes. They spoke to each other in excited Arabic, then one of them said to me, “Did you know that you have two guardian angels?”

Not wanting to alarm them, I admitted that I did know this fact.

“How did this come to be?” the other asked. “Each man is appointed only one angel as his guardian.”

“They aren’t both angels,” I told him. “Although technically, they are: it’s just that one is fallen and one is not.”

It took them a second to process what I said. Then he made the sign of the evil eye. The other simply started to walk away, grasping at his fellow’s robe and insisting that he follow.

“I’m not an abomination or anything,” I told the evil-eye Sufi.

“Sahir!” hs hissed. He spat on the sidewalk and stepped around me to join his friend.

“Wa-Alaikum-Salaam!” I called after them. 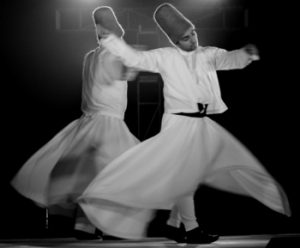 Sufis see the world in a Manichaean form, the forces of light posed in eschatological conflict with the forces of darkness. The Sufis saw my shadow and mistook two angels for creatures of light because in their world shadow and light are in opposition rather than conjunction. Most of my time is spent skirting along the edges of the darkness, which is really where shadows lie. It is a mistake to think of shadows as darkness: instead they are the limn between light and dark, sometimes wide and sometimes narrow, just like the path we are all destined or doomed to plod and follow.

“What do you think they see?” Kyle Lieberman asked when I told him the story.

“What do other people see?”

“Hardly anyone else ever notices,” I told him. “Sufis are the only ones who go around looking at other people’s angels and demons. It’s what they do. Like how the Wiccans are always gleaning your aura.”

“What do you see?” Kyle asked pointedly.

“Larry and Curly,” I told him.

“That makes you Moe.”

“I wonder what I would see.”

“Knowing you,” I said. “Bowie and Morrissey.”

← One Iron
One Interesting Morning →