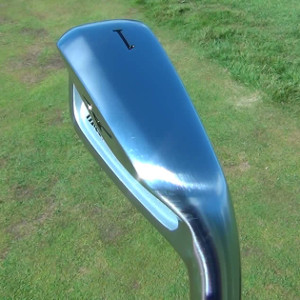 Jimmy Killingsworth always told me I keep too many irons in the fire. He was the first person to give me a copy of Gravity’s Rainbow, the man who turned me on to Pynchon, so I was inclined to take his advice in every area but that one. It was also a delight to entertain him with ridiculous stories of how I managed to juggle two jobs, three girlfriends, a motorcycle constantly in need of repair, and a full-time class schedule.

“Plus,” he added. “Half the time I’m at the bar I see you there, and the other half of the time you just left.”

“The trick is being able to manipulate spacetime,” I told him, but of course he didn’t believe me. No one ever does.

It’s like what I tell people when they ask “What are you working on?” You should first of all never ask this question of any artist, especially a writer, considering that dangling participle. “I’m building a time machine,” I tell them. “But first I’m perfecting my theories toward the psychic manipulation of spacetime.”

By now many people in Hollywood think I’m quite mad. They of course don’t say “quite mad.” I merely wish I resided in a place less crass. Instead the people who used to know me, some of whom lauded my talent, now refer to be as “fucking crazy,” or if they are feeling generous, “a burnout.”

More than once in college, I stood on the precipice of a major burnout. It was in fact one of those times that Killingsworth gave me that advice. I don’t remember now if he suggested which iron to take out of the fire. I just remember that I ignored his advice, possibly even laughed it off. Most professors are very good at tolerating arrogant presumption in their students.

Of course the advice Killingsworth was dispensing was one of those rare occasions that a professor proffers practical information. He was probably sharing his own self-learned wisdom, since he was obviously a guy with plenty of irons. He was always a frenetic tornado of activity. He seemed possessed by a driven curiosity when it came to literature. I don’t recall anyone else in the department with wider areas of interest. He was certainly not one of the Greensmen, a cadre of humanities professors who played golf as much as they lectured. Once we when his car was in the shop, Killingsworth asked me to drive him home and invited me into his house. There were books everywhere, stacked in corners and atop tables, a pile of literary journals on one end of the sofa. Every shelf was overburdened and sagged at the middle. In some places a stack of books helped support the shelf above.

“I love what you’ve done with the place,” I said. “Who’s your decorator?”

“This Chinese guy named Go Fuck Yourself.” He handed me a beer and launched into a description of something from one of the journals, which somehow segued into a discussion about Lacan and DeSade. We finally went to dinner at nine o’clock and had to settle for Denny’s because everything else was already closed on a Sunday.

That joke got me miles of tread in West Hollywood pool parties. There wasn’t much else about college that ever seemed to apply in the Industry. College is supposed to educated you and prepare you for the ‘real world.” Hollywood must not exist in the real world because there’s no way any college or university could prepare you for this. Maybe if Kafka was the Dean. 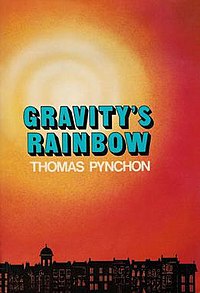 Having actually read all the books Hollywood people pretend to have read occasionally gives me an edge, but most of the time it results in further alienation. No one actually reads in the Industry, which is why you can actually get paid absurd amounts of money to read things and write coverage, which are essentially book reports for people who pretend to read. We’ve all heard “time is money,” and it’s certainly the case in Hollywood that every minute of production time is accounted for in dollars. Your employment status and wage-earning ability often depend on how much you got paid last time, so wher you are at X number of years into your career depends entirely on how much you used to make, are currently making, and can reasonably be projected to make in the next five years. Five is a magic number if Hollywood, but we’ll get to that later.

Every once in awhile I remember what Killingsworth told me. Everyone in the Industry keeps a number of irons in the fire. Nobody really only does one thing in Hollywood. When you’re starting out you’re an actor and a waiter, a writer and an office worker. You learn to juggle multiple auditions and rehearsal schedules with the demands of paying rent. Many film directors also dabble in some other visual art; most of them dabble at writing. A lot of actors do that as well, but most of them are too chummy and vain for the lonely work at the keyboard or the solitary act of standing all day in front of an easel. Due to the demands of the trade, writers are often so obsessively busy writing they only dabble in booze, but a few also play in other arts.

Writing in Hollywood however pretty much demands you keep a half-dozen or so irons in the fire, with several cold irons nearby and ready to go. Like Coach bob always said, “You’ve got to get obsessed and stay obsessed.” You can’t piecemeal it. Try to nickel-and-dime your way through Hollywood as a writer and you’ll find yourself with a stiff liver, heavy debt, and a strange rash on your buttocks. Nobody knows where that rash come from. You get it even if you write standing up or have PAs rub your fanny with exotic oils from the jungles of Guatemala.

When it comes down to it, if you are a writer in Hollywood you have only one iron in the fire, and that is you.