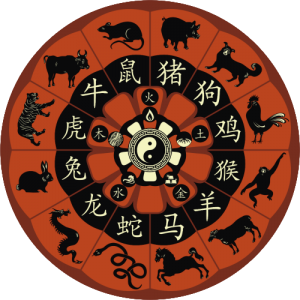 A Chinese philosopher once told me each person has two birthdays: the day they physically entered the world, and the day they were conceived. He was obviously a life-begins-at-conception kind of guy.

In fact, we initially crossed paths because I punched him in the gut when he was trying to block access to an abortion clinic. The punch had little effect. For a little guy, he was tough. So I shoved him. He fell to the sidewalk. The police grabbed me. From there it’s like a two-step or a waltz.

I was charged with felony assault but the man later appeared in court and insisted to the judge that he not only refused to press charges, he bore no grudge, and following the example of Jesus had decided to forgive me. “If me and Jesus forgive him,” the philosopher argued. “How can you convict him?” The judge was not impressed and gave me 120 hours of community service in exchange for not having a federal felony assault on my record. All because I punched a guy who called a pregnant woman a murderer.

“How is that felony assault?” the philosopher asked me later. He met me after the trial and insisted we talk, so I suggested coffee and doughnuts at the local place where any witnesses would be on my side.

“In theory,” I explained. “You and your fellow protesters were exercising your Constitutional right to free assembly and petitioning the government. When I punched you in the gut, I was interfering with your free exercise of Constitutionally-protected liberties. Assault isn’t typically a felony, but that kind of thing makes it aggravated assault, which is a felony.”

“It’s a big enough deal,” I told him. “That I considered kicking you in the groin instead.” He didn’t understand, so I explained. “If I’m going to do that kind of time, then it ought to be something meaningful.”

“You think 120 hours of community service is severe punishment?”

I shrugged. “It’s appropriate. You’re pretty tough in the gut.”

“I work out,” he said. “The body is a temple, you know.” He punched himself in the gut three times to prove it.

“You ever see a Chinese bodybuilder?”

“I live in Los Angeles. What do you think?”

“To the Western eyes, we Chinese always appear small.”

“Not that basketball player.”

“Of course. The one tall Chinese man you know.”

“Give me a break,” I said. “I haven’t made any short-jokes about you, pinky.”

He laughed, a hearty laugh that couldn’t be fake. “That’s funny. Let’s get some coffee. My treat.”

It’s not often you punch a man and he offers to buy you coffee and doughnuts. So I decided to make it special.

The doughnut place near my home is a hidden gem in a city of costume jewelry. Somewhere in their bakery behind the counter is a mad genius artiste of doughnuts. The combinations and concoctions that appear in the glass case are legend. Some are not repeated. Every day a new design sits somewhere in the display. Near certain holidays the number of artistic offerings increases. Some days it’s like an art show of doughnuts.

We played it safe. I ordered my usual. He took cruller and an old fashioned.

Somehow the subject of astrology came up. He was an herbalist and student of Chinese astrology as well as a bodybuilder. “I am also studying the I Ching,” he added. He asked my date of birth. This is usually one of the three things I always lie about, but for some reason I told him the truth. 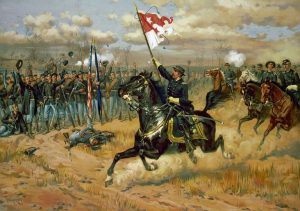 “Many historic moments. But none in your lifetime.”

He looked puzzled and asked me to explain.

“I never wanted to have an interesting life,” I said.

He laughed. “I’ve never heard that before.”

“You want to live a boring life.”

“You know that old Chinese saying?”

“No offense,” I said. “May you live in interesting times.”

“I think some hippy made that up.”

“Maybe so. But it stands nonetheless.”

“You made me angry. What you said to that woman.”

“Would you do it again?” he asked me.

I thought about it. “I wouldn’t punch you,” I told him. “Somebody else, maybe. Not you.”

“That would be a good solution to world peace,” he laughed. “Buy everyone a cup of coffee.”

“It would work,” I said. “Coffee and doughnuts.”

He wiggled a portion of his cruller, I waved half of a chocolate glazed, and we each raised a cup of strong coffee and drank a silent toast.

← In the Kingdom of the Blind
Old Fashioneds →