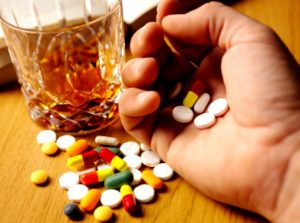 It was more than just one thing that brought Harry down. It was in fact an entire series of events that led to the predicament that put poor Harry in this place. To begin with, he was out in Wyoming with the Professor before anything happened. Whether they were on some kind of paleontology dig or just digging recreationally was never made clear, but Harry compounded the old back injury he’d received in 1987 when he had fallen from the roof of a Ford pickup while it was doing about forty down a country road. Being thirty years older now, Harry didn’t handle the recent mishap with the same Gumby-like aplomb he had in his youth. He was laid up for about a week at the Professor’s ranch, recuperating in the usual manner becoming all members of the old Quality Lit crew: generic painkillers, cheap whiskey, and dime novels. Harry spent much of the time asleep on the Professor’s massive leather sofa, waking occasionally to watch scenes from old movies at play on the television.

Eventually the Professor got hinky with Harry’s prolonged hibernation, so Harry hobbled to the nearest airport. In Wyoming, nothing is not near anything, and merely getting to the airport can become a Greek odyssey. The jolts and bumps of a fine Wyoming state road had Harry’s back in tight knots by the time he was aboard a flight back to LA. Once home, he laid himself to rest on warm blankets and pillows of ice, tended by a young Scandinavian actress who was subletting his garage as a performance space. Despite her care and attention, Harry developed a slight cold, which in rapid turn became a bad cold, and soon after became an even worse cold. His lungs were shot long ago from various inhalations, most voluntarily but some less so. People liked to point to his lifetime of smoking anything that burned but probably the numerous tear gassings had done more damage there. Harry’s bad cold evolved to pneumonia and with every breath his lungs rattled like wet maracas. Body wracked with coughing spasms, his back injury failed to mend and he was forced to sleep upright in order to avoid drowning in his own phlegm.

The Scandinavian actress was joined at bedside by an insurance-provided Israeli nurse who regaled Harry with wild stories of her years in the kibbutzim militia. The studio loaned a bright young intern who made regular trips to Canter’s, Book Soup, and Gelson’s in order to keep Harry’s mind and body from complete deterioration. On the surface it seemed that guild membership and twenty years in the industry had some unexpected benefits for Harry. A life spent in the service of entertaining others was returning entertaining service to him. His work was put on hold, his projects placed in situ, his prolonged absence nobly termed a hiatus. Everyone told him to take his time getting better, that there was nothing to worry about, and everything would wait for him to be back to his old self.

One day his agent called him “just to talk.” That was when Harry realized he must already be dead, and this beautiful recovery some strange imagining of the afterlife, one no doubt soon to take a dark turn, a heaven heralded with shadows. For in what fresh hell is a man’s life improved because of his dying?