Gabe Nachman called me in the middle of the afternoon. He wanted to come over right away. “I’ve got the pitch of the century,” he said.

“Not over the phone,” he said. “Some fucker at the NSA will hear this, quit his job, and beat us to the punch.”

Gabe is an old enough and important enough friend that I can’t really refuse him. He was over in about ten minutes. 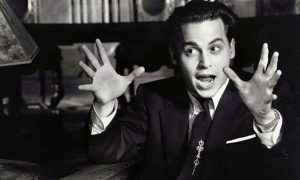 “How is it that the car service gets me here faster than if I drive myself?”

He clapped his hands together and rubbed them vigorously.

“You keep it like a crypt in here,” he complained.

He smiled broadly. “Wait ’til you hear this pitch, bubbie.” He took a deep breath, and let the pitch flow like a Sandy Koufax fastball.

“If Entourage fucked Angel Heart and they had a baby named Lost, and that baby grew up to live on the Outer Limits of The Twilight Zone.”

“I gotta admit, that’s some pitch,” I admitted.

He wandered into the kitchen and opened the liquor cabinet. “You got any of that vodka?” Since I could hear him pouring, I reasoned that he didn’t need an answer.

One thing about Gabe is that when he comes over he only likes to have one drink. That way when he goes home and his wife Rose asks him, “Were you drinking with that writer again?” Gabe can honestly tell her he only had one drink. Of course, it’s a drink that would account for three of mine, and six if you were in a bar. A tall glass of vodka, straight up, no ice. It’s his shtick, Gabe Nachman. Always looks like he’s drinking a tall glass of water.

Using two hands, Gabe took a long drink and then sighed loudly. “I wish my liver wasn’t as solid as a fruitcake.”

“You had your chance, old man,” I scoffed. “Let’s hear more of the pitch.”

He took a small sip and wiped his lips. “That’s all I got, bubbie.” He sighed again, then sauntered over to my bay window and looked out at the neighborhood. “You still got that ratfuck neighbor who called the fuzz on you for smoking cigars?”

“Yeah. That was after he found out they wouldn’t do anything about the marijuana smoke.”

“I’ve still got that wind machine from Paramount.”

“Crank that thing up, I could smoke a ham the size of Orson Welles and no one would smell it.”

Abe chuckled politely, then paused the proper amount of time before pouncing. “So what do you think?”

“I thought you were going to ask for something easy. Like money.”

“You want to invest in it?”

This called for a cigar. Opening the box, I saw that I still had a good assortment. There’s no one special brand of cigar for me. I don’t smoke favorites. Cigars are one thing I can never settle into or on. It’s a lot easier to be faithful to one woman than one cigar.

“You want one?” I asked Gabe, knowing he would refuse.

I chose an inoffensive Cohiba and closed the box. Rolling the cigar, I fished the cutter from the desk drawer and then quickly snipped the cap. My crackpipe lighter was right there next to the cigar accessories so I grabbed it and lit the stogie. It’s always a delight to smoke a cigar around someone like Gabe, an old-timer who used to smoke more than a half-dozen of these a day. Gabe sniffed the air like a man dying from lack of oxygen.

“That one of the Cohibas I gave you?” he asked. “Those were the real thing, you know.”

“It’s not, they weren’t, but I appreciate the sentiment nonetheless.”

“Don’t go quoting Chandler.” I inhaled deeply and exhaled a voluminous cloud toward him. “That’s my gig.”

But he was too busy inhaling the secondhand smoke and daydreaming of cigars and movie stars to register my complaint. I let him enjoy a few minutes of reverie and nostalgia as I considered his idea. It wasn’t a bad idea, not on its surface. It was derivative, implausible, objectionable, obtuse, prurient, juvenile, even asinine – but not terrible. Not by industry standards. None of those things ever ruled out any project in Hollywood. To those outside the industry, people who don’t understand the subtle differences between high concept and low concept, this might seem like the stupidest ideas they’ve ever heard. But here’s how it works:

Entourage lasted eight seasons on HBO and got 26 Emmy nominations, with the movie grossing $49 million (which is actually a disappointing number). Angel Heart was pretty much an arthouse horror film that lost money at the box office, but the kind that had big name stars and became a cult favorite that still sells thirty years later. If you don’t know about Lost, you must have been stranded on some island yourself. The last two shows were big hits in Gabe’s youth, and had enjoyed decades of “cult” status before becoming iconic representatives of Golden Age television.

The way old timers like Gabe (and a lot of other people in the industry) think is that if you can put all those things together in one package, you get a project that has a high probability of being profitable, popular, and/or critically praised. Add a few name stars to the mix and you’ve got a hit movie or series. There’s no science to it, of course, and it’s only slightly more reliable than playing the horses at Santa Anita or sports betting in Vegas. But more than one extremely well-known project has been put together in this fashion. Just pick any Oscar-winning film since 1987 and odds are you’re looking at a movie that was born in a pitch meeting just like this one.

Gabe’s lips moved silently as he rocked gently from side to side. He was either paying or daydreaming of the People’s Choice awards. Now was a good time to interrupt his reverie. “I’m flattered, perhaps even honored,” I said. “That you would consider me first to write it. But you know I can’t do it.” 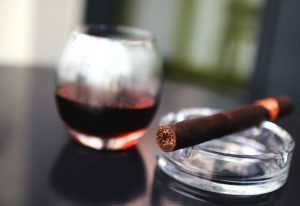 “Maybe you weren’t the first person I thought of,” he admitted.

“You’re not the only writer I know, you know,” he explained. “Plus, you’re not even really a writer any more.”

“I’m not really a writer any more.”

“I know that,” he said. “You haven’t written a script in over ten years. You’re not even in the Guild. I know it.”

Which wasn’t entirely accurate, but this is no time to go into that. “More than that, all that time I’ve been an AP. You know how everyone frowns on a crossover.”

“Everybody does it now. Everyone’s a hyphen.”

“Everybody does it, but everybody frowns on others doing it,” I said. “I dare you to go up to Musso’s on Thursday and introduce yourself to everyone as a writer-producer.”

“Well, I’m a producer first. Everybody already knows that.”

“Which sounds too goddam precious to be anything at all.” I needed a strong drink. It wasn’t yet an hour past noon and Gabe had woken the animal. I stalked to the liquor cabinet and forcefully poured a glass of whiskey, making as much noise as possible. The animal is not afraid of noise.

Gabe was an old friend and had a nose for it. “I didn’t mean to upset you,” he said.

“Who else did you call?” I took a long drink and waited for the answer.

I laughed. “You don’t know Charlie.”

Gabe frowned. “Did you know he isn’t real?”

“What makes you think you weren’t next?”

Gabe looked at me with sad eyes and I knew the answer before he even said the name.

I clenched my teeth and took a deep breath, sipped my whiskey slowly and loudly, then set the glass down so hard some booze splashed over the side and onto my desk blotter. Drawing on the cigar a few times produced a thick cloud of smoke. I walked over to the French windows near my desk and opened them, sending the smoke wafting toward my irritable neighbor. Then I sat in my old barrister’s chair, turned sideways so as not to face Gabe, and looked out the window. The whiskey and cigar were finally melding in my brain to achieve the desired effect. The animal was loose and roaming now, searching for prey or comfort.

“Fucking Barlowe,” I muttered. “You really know how to stick it to me.”

“It’s not like he was my first choice,” Gabe said. “Like I said, I thought you were not writing.”

“But as far as anything goes, I’m not not writing.”

“What does that mean?”

“I think it means I’m writing but I don’t want to write your movie.”

Gabe nodded. “How about a treatment then? Put the old Cal Godot touch on the story for me.”

“I don’t even know what that means,” I said.

“You know, that weird and wacky thing you do, the paranoia-thing, the conspiracy-thing, the magic realism-thing.”

“You don’t have any money.”

“Okay. But I don’t want to write your movie.”

“Actors, I’ve already got a couple of names – I don’t want to say attached, but two up and comers. From television.”

“Plus, I’m already thinking – we can shoot it in a ghost town, in the desert, for the small town part. Things are weird out in the desert. Maybe mix in a little local history, some Indian legends. All that weird stuff you’re into.”

“I was thinking we could scout some locations together. Maybe it would give you some inspiration.”

“Maybe you even want to meet some of the potential cast.”

“Listen to me, Nachmann,” I said. I finished my whiskey, set the cigar down in the ashtray, and leaned across the desk. Gabe looked at me, nervous and smiling, his half-done drink grasped tightly in his sweaty hands.

“I don’t want to write your fucking movie.”

“Then why do you persist?”

“You know a No is never really a No in this town,” he said.

← What Happened to Harry
Manhattan Rain →