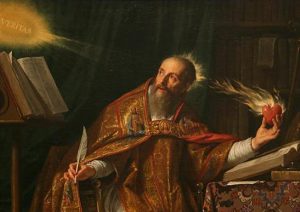 When I first came to Hollywood, a cauldron of unholy loves sang all around my ears. Which is to say, I was a production assistant at a talent agency that specialized in representing fashion models. This may sound like the ideal job for a young hetersexual male, but while interacting such women may be the object of most male fantasies, the professional reality of managing supermodels is something akin to the juggling active chainsaws with live grenades attached.

Nothing in particular qualified me for such a position. With a degree in literature and a minor in cinema, I had no actual pragmatic skills toward “production.” Maybe I could read a script and comment on the lyrical qualities of the dialogue, or perhaps offer constructive criticism of the common attempts of would-be auteurs to pay homage to (i.e. rip off) the past. Even with a minor in cinema, all I knew about film production was what we had studied in film history: the studios dominated Hollywood from the beginning, Easy Rider challenged the studios and changed everything, Heaven’s Gate was a bust and changed everything, Jaws was a success and changed everything again. The director directed the film, the cinematographer shot it, but beyond that the job of the crew was a mystery to me.

Many of my fellow lit majors had gone on to graduate school, while I hadn’t even bothered to apply. Grad school didn’t seem like the best place for me, but there weren’t any obvious alternatives that suited me. A lot of people in my predicament turn to teaching, but the idea of standing ahead of a classroom of near-imbeciles didn’t suit me either. Corporate America didn’t care what your degree was as long as you had one, but if I was doomed to an eternity of tedious office administration if I followed that path. For two years after graduation I worked a variety of temp jobs, then settled into a reasonably comfortable and definitely easy position as a bookseller in a large chain store. After three years of working there, they offered me a management position that required me moving to North Dakota. I declined, and during my employee review three months later I was told that my presence was no longer necessary. After six months of my nine months allotted unemployment benefits, I was ready to try something different, preferably something far from the place I’d live for over a decade.

One of my college classmates had played her family connections to get a job in publishing in New York, which was definitely far away. She happened to be one of the few ex-girlfriends who didn’t hate me, so I called her and asked her for professional advice. She invited me to New York for the weekend and offered set me up with some interviews on Monday and Tuesday. We spent most of Saturday and Sunday drinking coffee in coffee shops or her bedroom, but then Sunday evening we had dinner with a few of her professional colleagues. They made some quick calls and before dessert I had six interviews around the city. Living in New York seemed like it would be a drag, so I focused my interest on the agencies that also had offices in Los Angeles. I could see myself living in Hollywood, even though I knew nothing about the place other than what I’d seen in the movies. One of the literary agencies in New York worked with several talent agencies on the west coast. As a favor to a friend of a friend, they made a call and set up three appointments for me in Los Angeles. Three days of coffee later, I got on a plane in the New York rain and slept cross-country to sunny Los Angeles. 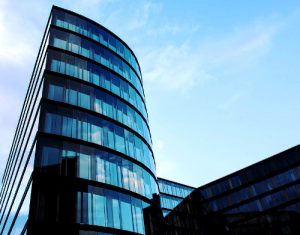 My first and only interview was with the Agency. The main office building is a gigantic five-story wall of mirrored windows that sits alongside one of the most famous and traveled streets in the city. The building is strategically positioned between Hollywood to the north, the airport to the south, downtown to the east, and the beach to the west. Every day the sun reflects off that mirrored glass, lighting a signal that can be seen all the way up into the Hollywood Hills, where many of the Agency’s oldest clients own homes. When I got out of the taxi, I noticed there was also a big mirrored pyramid in the front of the building. Great, I thought: I’m interviewing with the Illuminati. The main lobby looked like a small art gallery with a display meant to encompass the history of visual art. An Ortega chandelier loomed overhead while a Renoir statue seemed to dawdle near the Herman Miller sofas. Each wall held recognizable works from Matisse, Picasso, Pollock, or Koons, and the wall behind the receptionist was a mural by Haring.

After filling out a non-disclosure agreement, I spent five minutes talking with an animatronic humanoid from human resources. He asked me the most basic job interview questions, then hired me on the spot. When I asked if they were going to do a background check, he frowned and asked, “Why? Do you have something to hide?” Then he smiled broadly, grabbed my forearm, and exclaimed in a stage whisper: “Do tell!”

After the rapid hiring process, there were three days of what they called orientation, which mostly consisted of being led around the labyrinth of hallways and introduced to the two dozen or so “reps” with whom I’d be working. My job title at the Agency was “production assistant,” or PA, a designation that says nothing and is only impressive to people from small towns in states most of us only see from a very high altitude. It’s probably one of the most common job titles in Los Angeles, right after “Fry cook” and “real estate agent.” The duties associated with the job are varied, but in general the title designates the lowest and least experienced members of any production team or other organization involved in entertainment production (a broad enough category that includes not only film and television, but also musical and theatrical performance as well as the relatively new fields of “fashion production” and “sports production”).

PAs come and go like office temps – in fact, there are some office temps who have been with the agency longer than many of the PAs. There are no particular skills associated with the job, whereas an office temp actually has to be skilled. Anyone who can walk, lift fifty pounds, and speak in reasonably complete sentences can likely get the job. More than one criminally insane person has excelled at being a PA. The only actual requirement is that you be able to assist in production, whatever “production” may be and whatever “assistance” it may require. In the case of the Agency, fashion production amounted to an endless succession of photo shoots involving a dozen or more models whose physique allowed them to specialize in the lucrative high-pressure art of modeling high fashion. 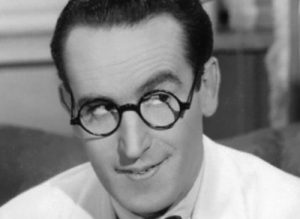 There were several “departments” which seemed to overlap in a lot of function – I was less certain about the difference between “musician” and “singer” than I was the apparent contrast of “stage” with “theatrical.” Oddly “film and TV” were one department, which struck me as somehow both generous and inappropriate. Later I learned that the more specific the title and mission of a department, the less important it was in the company hierarchy. Thus the company was primarily occupied with “fashion production,” and close after that “film and television.” The other departments seemed little more than afterthoughts, but each was fully staffed with several agents and office workers. The agents were divided into “partners” and “reps.” The partners were agents who had been with the Agency long enough to be partaking in the generous profit-sharing program. Many of them supervised departments and had a half-dozen reps working under them. As I visited their offices, each partner gave a brief description of what they did and what they expected from me. They all wanted the same thing: punctuality, reliability, and confidentiality. Some of them explained those qualities were difficult to find in one package, which was their explanation for the high turnover that came with the job.

“I’m sure I’ll be fine,” I explained to each of them. “I was an English major. I’m pretty much prepared for anything.”

← Face-off at the Fairfax Farmers Market
Who Wants a Twenty-Pound Turkey? →