It’s true that I live the kind of life where a simple trip to buy office supplies turns into a weeklong debacle that includes kidnapping, international espionage, a drunken brawl, some minor facial surgery, hostages, and a trip to Bermuda. It hasn’t always been this way. Just since I moved to Hollywood. 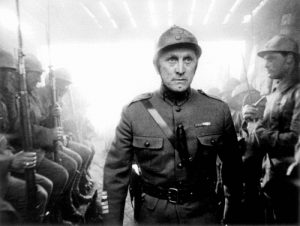 The walk from my apartment building to the office supply is a short one. As I rounded the corner to enter the parking lot, a pink Volkswagen Beetle quickly pulled into the driveway and stopped. The windows were rolled down and an older man sat in the passenger seat. I could see a woman wearing a pink hat driving. The old man was looking at me and saying something, so I stepped closer to hear him over the street noise.

Someone suddenly stepped up behind me, grabbed my arm firmly and with a gruff voice ordered me to get into the car.

“The door is closed,” I observed.

“Oscar,” the gruff voice shouted over my shoulder. “Open the goddam door.” His accent was German and there was something familiar about his voice.

The old guy nodded and opened the car door.

“Get in,” the gruff voice ordered again. He shoved me as if he had a gun but I could feel it was just his fist.

“You want me to get in the back or the front?” I asked.

The voice growled. “Oscar, get in the back.”

“I don’t want to get in the back,” Oscar protested. He grabbed the lever and titled the front seat forward. “You get in the back with him,” he pleaded.

“Scheisskopf!” the voice declared and shoved me again. “Go on. Get in.”

Leaning into the car, I put one foot up on the frame and pretended to step. Then I lurched forward and shoved myself into Oscar, folding the seat against him and pinning him to the dashboard. He shouted in what sounded like German. I don’t speak German but I understand German profanity.

I stumbled again, this time falling in far enough to get a look at the driver. She was staring straight ahead as if none of this was happening.

“Oscar, you shit,” the gruff voice said. Oscar whimpered in response and pushed against the seat.

I tried to hold on but an arm reached in and grabbed me, shoving me into the back seat. The arm was followed by the rest of him as the man with the gruff voice climbed into the back seat behind me. Like a lot of things in life, the face that went with the voice was only half a surprise.

Oscar turned in the front seat to look at us. “He knows you?”

“Shut the fuck up and get this bitch moving,” Wertmueller ordered.

Oscar turned and whispered something to the driver. She put the car in gear and pulled forward, navigating the parking lot with ease. She exited onto the side street and then turned onto Wilshire, heading east.

“What happened to your voice, Warty?”

“Don’t call me that,” Wertmueller snarled.

“You catch a summer cold?” I asked him. “Or did someone finally try to hang you and now you’re Clint Eastwood?”

Wertmueller twisted in the seat and something sharp jabbed into my side, just below my ribs. I looked at Wertmueller and he was grinning. I looked down and saw the syringe as he withdrew it.

“Sleep agent?” I laughed. “Truth serum? You know they don’t work on me.”

He snickered. “Atropine,” he told me.

“What do you expect that to do?”

“Nothing,” he said. “Just make the trip very uncomfortable for you.”

Already I was beginning to get dry mouth, but it was probably psychological and not the drug. Atropine is usually what they give you when you’ve been poisoned. I didn’t have any idea what it was going to do to me but I was pretty sure it wouldn’t be pleasant.

We drove several blocks in silence and were almost at Normandie when Oscar turned in his seat and looked at me. He had small eyes and a fat face. From the wrinkles I guessed he was in his sixties. “Aren’t you going to ask where we’re taking you?” he asked me.

I shrugged. “I’ll see when I get there,” I said. My throat was definitely beginning to get dry.

In a few minutes I was feeling the effects of the drug. My mouth was so dry I could hardly breathe. The bright sunlight hurt my eyes, even behind sunglasses, and my vision got so blurry the world looked like a bad oil painting.

“How are you feeling, asshole?” Wertmueller mocked. 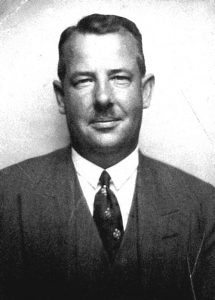 He wasn’t much more than a blur in the seat next to me. Obviously he’d been told not to hurt me. He hadn’t even shown me a gun. In comparison to other similar incidents I’ve endured, this was a relatively polite encounter. There was no need to escalate, but I never could tolerate the smugness of Germans.

I coughed and leaned against the door. Wertmueller glanced at me and snickered, muttering something in German. Wretching, I bent forward and put my face toward the floor, twisting my hips as I moved. Wertmueller was too distracted by the idea that I was going to puke to notice the shift. He shouted and reached for me.

Jerking my head upward, I knocked his reaching arm away and gave him a head butt under the chin. His mouth slammed shut and his teeth chopped off part of his tongue. He squealed with pain and fell backward in his seat. I twisted hard and got my legs up between us, pulling my knees toward my chest. Before he could get his wits, I kicked with both feet into the center of Wertmueller’s torso, knocking the wind out of him. His body slammed against the side of the cabin and slumped in the car seat. For good measure, I kicked him again in the head. He was definitely unconscious.

Turning quickly, I expected to see Oscar in a panic. Instead he was twisted around in the front seat, watching the whole scene unfold, his eyes almost aglow with entertainment. He looked at me and smiled.

“Bravo,” he praised. “I’ve never seen anyone do that to Wertmueller.”

“He always relies on his size,” I said.

“They said you were formidable,” Oscar told me. “They said not to be tricked by your appearance.”

“Appearances can be deceiving.”

Wertmueller slumped in his seat and snored. The blood oozing from his nose spurted a few bubbles and he coughed. The smell of urine suddenly filled the car.

I started feeling nauseous, either coming down from the fight, smelling the piss, the effects of the atropine… maybe all three. I opened my window and leaned into the wind. The rush of air felt good and even helped with the dry mouth somehow. My heart was racing from the fight but I could tell the drug was having some effect as well. Normally after a fight there’s a rush and then a calm. This rush was turning into more rush.

“Do you know how much of that stuff he gave me?” I asked Oscar.

He shrugged. “I don’t know anything about drugs.”

I tried to say something but my tongue stuck to the roof of my mouth. It seemed like it took me several minutes to work up enough saliva to talk again. I tried to ask Oscar about the drug again but the words were barely audible. Suddenly I felt weak and out of breath, exhausted. The cramped cabin of the Beetle seemed to stretch into the luxurious confines of a limousine. To my right, Wertmueller was sleeping peacefully, the blood no longer oozing from his nose. Oscar was way up front with the pink lady. He was saying something to me but his voice sounded like the buzzing of insects. For some reason, it all seemed very funny to me, so I started laughing and couldn’t stop for a few minutes. Then I couldn’t remember what I was laughing about and Oscar was shouting at me with his insect voice. The world outside the car had become a kaleidoscope that I could barely look at without wanting to vomit.

Wherever we were going, I was going to be a mess when we got there.

← The Legwork Begins
Naked and Duct-Taped to a Naugahyde Chair →