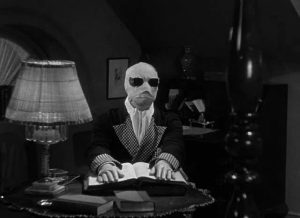 It was not wrong of Jenifer Ridley Gale to ask me to find Elias Croehe. Aside from the personal debt of history, prior to my retirement finding lost people and lost things was my forté. Most of my life I have had a particular talent for the task of ferreting out the lost, secret, and hidden. My ability to discern obscure patterns in the chaotic noise of reality allows me to notice minutiae often overlooked by other investigators. Jen knew this. A lot of people did. You could say I’m famous for it. As famous as one gets in those circles. That was likely the real reason Jen was asking me. Calling in the favor was simply a tactic, a way of making sure I wouldn’t refuse. Everyone knew I was retired, and the why of it. They knew I was serious about not coming back.

Notably, she had not left me the number of her daughter, or anyone else for that matter. She clearly intended to draw me out of of my reclusion, leaving me only the thinnest detail to pursue. If she had wanted to make things easier, she would have given me more information – a little background, some phone numbers, maybe even some introductions. Leaving me all this legwork meant she wanted me moving. Now.

The obvious place to begin was with the daughter, Rebecca Gale. A quick Google search told me the basics: she was living in Los Angeles, working as a production assistant for a major studio. Her Facebook profile linked her to the missing Elias Croehe – he was in fact the only “family” she had listed. It seemed odd that a devoted daughter would not list her own mother as “family,” and further not even list her among “friends.” But it would not surprise me to learn there was tension between Jen and her only offspring. Rebecca’s social life was not wanting: several pictures showed her with the same group of young women, some of them co-workers according to their profiles.

The Facebook page of Elias Croehe listed more family, including a mother and sister who lived near Los Angeles, and dozens of friends. Elias had cousins scattered across the country, and his father appeared to be living in Alaska. Dozens of photos were filled with solo and group shots of smiling faces and people who probably liked to hug a lot. There were yearly family visits to Disneyland. There was also an entire album of about thirty pictures devoted to his exploits with Rebecca. The two of them did a lot of hiking, though the scenery suggested to me they rarely ventured much further than the Santa Monica mountains.

I opened my desk drawer and begin looking for a notebook. In the old days, with every investigation I kept a small notebook. Four years ago I had all my old case notes digitally scanned and transcribed for archiving, then had the original notebooks destroyed. Searching all the desk drawers, I found no empty notebooks. I thought I remembered leaving a few aside, just in case, but a thorough search of the office supplies was fruitless. It was probable that any blanks had been incinerated with all the case notes.

Jumping back into the pool after five years absence is no time to try a fancy dive or new swimming strokes. New notebooks and even a new pen were in order. I took my time getting dressed, considering the various possibilities and probabilities that lay before me today, and headed out the door to the nearby office supply.

← The Missing Chapter
Enter the Germans →