There is the question of why I withdrew from society for so many years. It is a question I am hesitant to answer, mostly due to my natural reluctance to admit weakness in this predatory world. But the facts and results of the investigation of the missing cannot be completely understood without some knowledge of the events that led to my retirement as an investigator, my withdrawal from the world, and my subsequent return after over four years of self-imposed exile. 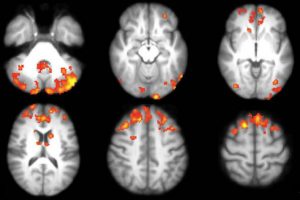 Four years ago, I was struck by what can best be described as a brain paroxysm, a kind of mental seizure where all thought processes become paralyzed. It was not unlike a stroke in the painful severity of it, and the physicians say the neurological damage and affect is similar to that of epilepsy. But in the case of the brain paroxysm, there is no physical evidence of illness or malfunction in the brain itself. The only evidence of the condition is in the outward behavior of the sufferer. Unable to make a decision, sometimes unable to even speak, the victim of the paroxysm is stuck in a weird state of mental and emotional paralysis. Though some believe the condition to be a kind of autism, it is not: the victim of a brain paroxysm is fully cognizant of their surroundings, their emotional state, even the emotions of others. Communication is not difficult due to a lack of perception or awareness but due to a condition of neurological immobilization. The brain paroxysm results in a profound experience of dissociation for the victim, while those around him become even more confused as the sufferer seems completely aware of everything, yet unable to do (or even say) anything at all.

In today’s world, it is difficult but not impossible to get by with a frozen brain. However, it is not the lifestyle to which I have become accustomed. My luxury Hollywood apartment is almost literally a salon of the literary and artistic, open daily from noon until well past midnight. The fortunate location of open-late cafes and all-night grocers makes my home ideally placed for the restless raconteurs who make up my social circle. All of my friends are insomniacs, except for the one narcoleptic bass player, and she’s on so much Ritalin that she only actually sleeps four hours a day. We drink, eat, talk, and watch movies throughout the day. After dinner we indulge in various intoxicants, watch more movies, and stay up well past midnight talking and arguing about both the profound and the profane. My neighbors quit complaining when I started playing Ornette Coleman’s Free Jazz to cover up the conversation. That’s one good thing about a non-responsive police department. 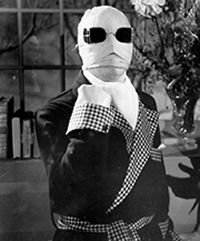 After my paroxysm, the salon was put on indefinite hiatus. Occasionally a friend would drop by to read to me from the latest Paris Review or even Baffler, but I was unable to engage very clearly or for very long. Most of the time I sat in my rocking chair, a slightly twisted smile on my face, listening to my friends arguing about the things we always discussed. Eventually even those visits became rare and finally stopped altogether. People moved away and we all spoke less. Not even the magical internet could bridge the distances. Eventually the silent voices were forgotten. We all faded from each other’s foremost thoughts and became memories and then ghosts of memories as the years passed and the distance increased. It would take a contentious political year and the disappearance of several people before anything remotely like sanity would be restored to my portion of this world. But before that my own body would begin to devour itself, requiring the intervention of desert shamans, backwoods preachers, and a time traveler who likes to play golf.

← Retained by Debt of History
The Legwork Begins →