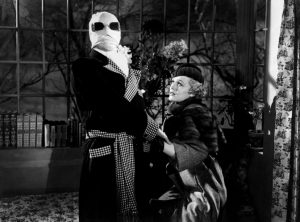 How did I become drawn into the case of the missing Elias Croehe? It’s not as if I seek these things. Not any more. I had left that sort of business behind me long ago and walked away from the trade. The only way I could be drawn back into would be to repay an old life debt, to honor a close friend.

Years ago, as the result of tragedy and circumstance, I withdrew from the world, going out only occasionally with the closest of my friends. Through the professional grapevine, I let the news of my prolonged absence from the trade spread, and the few old clients who called I easily referred to some colleague. It would be years before I could go back to work, I told people. It was possible I would never return. They should all consider me retired.

It was Jenifer Ridley Gale who made the call. She asked me to find Elias Croehe. She didn’t care about my retirement. “You’re too young to retire,” she told me. She didn’t recognize the healing powers of isolation. “You need to get back in the game,” she insisted. She wasn’t interested in hearing my reasons. She was only interested in hearing my price, and she didn’t pause when I said it. “Done,” she replied. “Find him and it’s yours.”

So that was that and I was back. There was no way for me to say no to her. Jen knew that much. It wasn’t about the payoff but the past. Jen knew the past as well as I did and simply used the payoff to remind me. She didn’t really have to pay me anything: I owed her, because of the past.

My friend Jimmy Gator used to say, “We might be through with the past, but the past ain’t through with us.” And what was it little Bill Faulkner used to tell me? “The past is never dead. It isn’t even past.”

We had our history, Jen and me. I called her “Jenergy” back in university, a nickname cleverly derived from her initials, which were monogrammed on every stitch of clothing she owned. “I’ve never seen a monogrammed brassiere,” I told her during our first dinner together. She showed me later. Even her pillows were labelled with her name.

“This Elias Croehe. What was he to you anyway?” I asked her.

“He was my daughter’s friend.”

“Her friend? Or boyfriend?”

“I asked around about you before I called.”

“Well, do this for me and you can disappear again.”

She hung up before I could ask her if she appreciated the irony of hiring a man who tried to disappear to find a man who was missing.

She never appreciated irony anyway. She said it reminded her of blood.

← The Investigation of the Missing
The Missing Chapter →